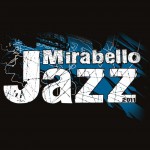 The Jazz season in Porto Mirabello has finally begun!

On Saturday, May 21st will open the dates, which will last until the end of July, Franco Cerri, one of the most influential guitarists of jazz in Europe, with over sixty years of career behind him, as well as television icon. “In punta di Cerri” is his last work, which proposes some complex revisions of Reinhardt’s repertoire, with whom Cerri also collaborated in 1949. His expressive language, instantly recognizable, has an extraordinary rhythmic nature, spontaneously inclined to the most explicit swing and the engaging notes of bossa nova.